Dependency addiction is the result of a person physically and mentally feeling the need to consume drugs or alcohol. It can be street drugs or even those which have been prescribed. The way in which the mind is altered and the body craves such elements is very scary. That is why a person of any age and from any background can fall victim to dependency addiction in their lives.

There are many different reasons why a person suffers from dependency addiction. It is important for others in society not to be judgmental about such things occurring. That is because there are many people out there that have slowly ended up in such a position over the course of time. A huge fraction of those with such addictions is active members of society. They aren’t your typical drug dealers and drug users, as most people have the mental image of.

The fact is that with many drugs out there, a person can end up being addicted in a very short period of time. It will depend on the chemical makeup of the individual, what they are taking, and how much of it they are taking. Yet there are common factors such as the dependency on it to feel good and the need to continue taking more and more of it.

Most people that do suffer from dependency addiction also know that it is not good for them. Yet they are driven by the function of their mind that tells them they need to take more of it. They may end up feeling depressed or have other negative feelings and emotions that they want to get rid of. The physical craving for it can also be a factor. No one wants to end up feeling irritable and shaky, have pain, and suffer from more severe withdrawal symptoms. That is why they continue to take it again and again.

Dependency addiction is a very serious issue, and millions of people in our society suffer from it. You may be surprised to learn that people all around you are experiencing such struggles. Some of them may be obvious, but other people are very good at hiding what has been going on for a very long time.

The fact that such a problem will affect people differently is also why it is hard to always pick up on what is taking place. The length of time a person has been involved with a dependency addiction and they are addicted also plays a role in the many variables.

Today we know a great deal more about such concerns than we did just a few decades ago. The more we learn about them, the more society as a whole can be educated about the possibilities and can identify warning signs and symptoms. Pointing out that many people suffer from such problems can also encourage people to get help instead of focusing their efforts on hiding what is going on with them.

Effective treatment programs for dependency addiction are also available now. It can still be a long and challenging process for someone to complete. Yet dealing with such issues on both a physical and psychological level is continually improving the success rate all the time. Ongoing support and programs are also available to help prevent a person from relapsing back into such habits. 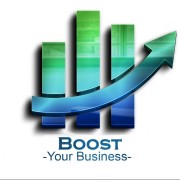 What Are The Best Ways To Help Addicts Effectively? The Battle of EMR: Amazing Charts EMR vs Athena EMR

Why Should You Have Protein Powder After Your Workouts?